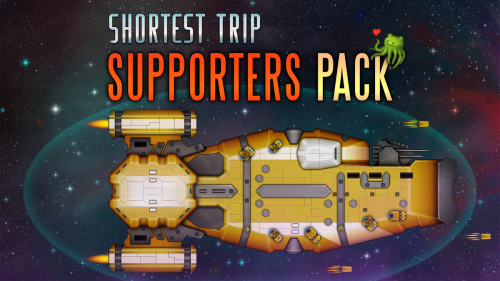 What’s the DLC about?
Players can now board The Battle Tiger – a brand new playable ship with unique crew, drones, pets, perks and nukes.

For the fans of the base game, The Supporters Pack gives you a copy of the “Shortest Trip Sketchbook Scribbles” digital collection, as well as the game’s official soundtrack album with one hour of original music.

What else is included?

Unfamiliar with Shortest Trip to Earth?
Shortest Trip to Earth is a roguelike spaceship simulator focused on exploration, ship management and tactical battles. Players embark on a perilous journey across the universe, with an armed crew, nuclear missiles and a cat.  The game is available for Windows on Steam.