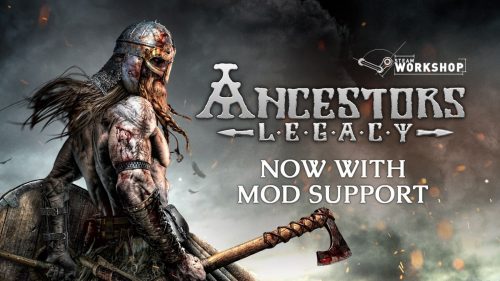 Mod Support will enable players to modify and add a number of things to the base game:

The development team will keep on improving the modding kit, so for now it will remain in the Beta version.

Together with Mod Support, the Destructive Creations team have also released dedicated servers available for everyone that owns Ancestors Legacy, which can be found in the tools section: https://steamcommunity.com/app/620590/discussions/0/3175526477765701812/

About Ancestors Legacy
Ancestors Legacy is a history-inspired, real-time strategy game influenced by historical events in the Middle Ages. The game combines resource management and base building with large-scale, squad-based battles across vast battlefields, all rendered in superb detail with Unreal Engine 4. Experience medieval bloodshed like never before thanks to the cinematic action camera that puts you right in the middle of the battle at the press of a button.

Take command of your army as you storm through medieval Europe in an extensive series of campaigns. Choosing one of the four available nations – Viking, Anglo-Saxon, German, or Slav – you will be tasked with more than just conquering, raiding, and pillaging enemy camps, villages, and towns. Only by utilizing the full range of available tactical options, taking strategic advantage of the environment, and managing your temporary bases and settlements will you emerge victorious.