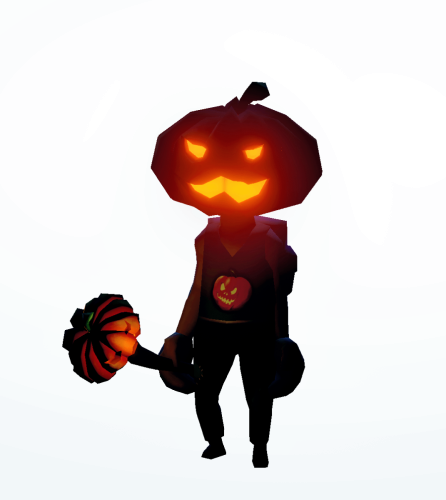 Releasing on October 31st at only $9.99 on Playstation 4 Castle Costume promises a collect-a-thon adventure, with a secret level hidden in the shadows for those courageous enough to pick up every collectable.

With the Moody Maze, an original Trick or Treat mechanic and platform only sections in every level, there’s so much content you’ll be soiling your socks far beyond Halloween.

Trick or Treat:
Angry Aaron has trapped the souls of fellow trick or treaters to ensnare the Witches of the West, which are the only entities powerful enough to stop angry Aaron.

If you’re not lucky enough to get a treat, players will find themselves hurled into an alternate dimension to free the restless souls.

Castle Costume is a platform action-adventure game set in a semi-open world environment and played from a third-person perspective. The player travels between four worlds, which can be explored without time limits.

Throughout the game, the player unlocks many different abilities to aid them on their journey, The game is set in a mysterious world locked in a cycle of Halloween, The story follows a young boy who must save Halloween from the evil Angry Aaron, a former child who was scorned one Halloween night, His rage and envy has locked the world in an everlasting torment, You as the player must befriend many characters throughout the game as only together can you save Halloween.