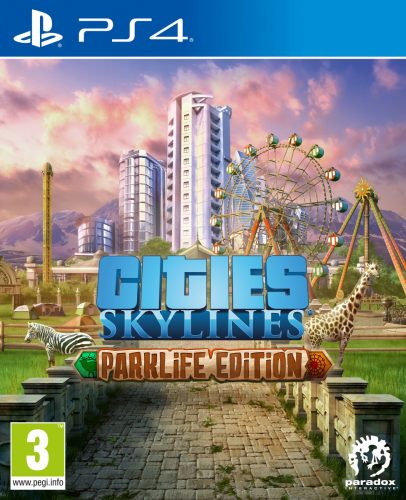 Cities: Skylines is a modern take on classic city simulation. The game introduces new mechanics to realize the thrill and hardships of creating and maintaining a real city, and allows for high levels of customization and personalization. The console editions have been adapted for play with new UI and controls while sacrificing none of the strategy and creativity.

Parklife adds new ways to play with everything from roller coasters and campsites to flower beds, fountains and flamingos. There’s also a new park area tool, five new maps, a ton of new assets, and level-up features which increase your park’s property values in play.