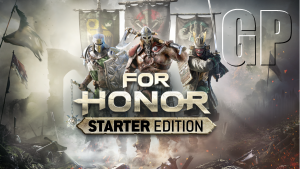 Ubisoft announced the For Honor® Starter Edition, available today for Windows PC only on Steam and Uplay. This new edition is a great way for curious newcomers to test their skills with a select roster of heroes. The Starter Edition will include:

The Starter Edition is compatible with the season pass and existing add-on content. Those looking to gain the same access to playable heroes as the Standard Edition can do so with the All Heroes Bundle available for 50,000 Steel.

Ubisoft recently released For Honor Season Five, titled Age of Wolves, across all platforms. The newest update brought dedicated servers to both PC and consoles, which eliminated re-syncing and session-migration issues while improving stability and connectivity. In addition to dedicated servers, Age of Wolves delivered major hero updates, as well as several quality-of-life updates that adjusted player progression, ranked play and more. New training modes that will assist new and veteran players alike in sharpening their skills will also be introduced during Season Five.

Developed by Ubisoft Montreal in collaboration with other Ubisoft studios,** For Honor offers an engaging campaign and thrilling multiplayer modes. Players embody warriors of the three Great Factions – the bold Knights, the brutal Vikings and the deadly Samurai – fighting to the death on intense and believable melee battlefields. The Art of Battle, the game’s innovative combat system that puts players in total control of their warriors, allows them to utilize the unique skills and combat style of each hero to vanquish all enemies who stand in their way.

*Steel is in game currency and can be acquired through gameplay or purchase.
**Associate Ubisoft studios include Quebec, Toronto and Blue Byte.